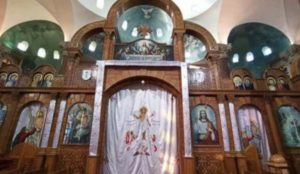 05/30/2020 Egypt (International Christian Concern) – On May 16th, an unnamed man reportedly hurled a Molotov cocktail at a Greek Orthodox church in Egypt’s northern city of Alexandria. The incident resulted in no casualties or damages to the church. Police identified the attacker and arrested him.

The attacker is a previous patient at a mental health hospital in Egypt. After being placed on trial, prosecution is ordering a medical examination to determine whether or not the perpetrator can be held responsible for his actions. Attacks on Egyptian Christians and their houses of worship are often dismissed as mental instability, even in cases of attempted homicide. While in some cases it may be a legitimate claim, it is most often used to hide persecution.