Magistrate walks out in veil row 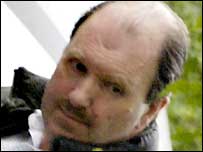 A Manchester magistrate who refused to deal with a defendant because she was wearing a full Muslim face veil could face disciplinary action.

Ian Murray, a Cheadle Hulme taxi driver who has served on the bench for 12 years, walked out of Manchester Magistrates' Court on Thursday.

Zoobia Hussain, 32, of Crumpsall, who is charged with criminal damage, plans to write and complain, her lawyer said.

Mr Murray said he had been concerned about the defendant's identity.

If a complaint is received, Mr Murray will automatically face an internal investigation, a spokesman for the Judiciary of England and Wales said.

"She suffered hurt feelings and felt intimidated and deeply embarrassed by the treatment she received at court.

"She is also concerned for the feelings of others who were present in court."

Mrs Hussain covered her entire face apart from her eyes when she faced the three magistrates.

A statement from the Judiciary of England and Wales said: "Mr Murray is concerned about questions of identity when the full veil is worn in court.

"However, he agrees that he acted unwisely in disqualifying himself without giving reasons, and acknowledges that he should have sought the advice of his legal advisor in court, and discussed the provisions of the national guidelines with his colleagues on the bench, before taking action.

"Mr Murray is supportive of those of different faiths and cultural traditions and acknowledges and regrets his action could be misinterpreted."

Mr Murray is "continuing to work as normal" while no complaint exists, a judiciary spokesman said.

Mrs Hussain's case was dealt with immediately after Mr Murray withdrew and was adjourned until 18 July.