Islamism in Egypt – untangling the confusion 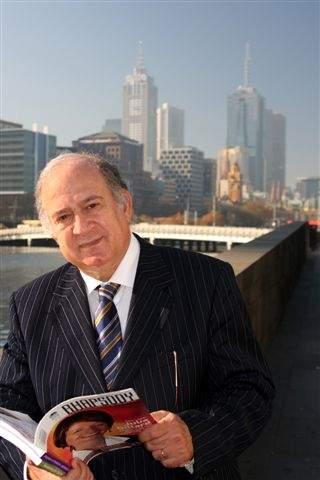 There continues to be confusion about the events of June 30th 2013, when three million Egyptians spilled onto the squares and streets of Egyptian cities demanding the removal of President Morsi. Media commentary has tended to focus on matters of legitimacy concerning the latest aspect of the crisis – the cancellation of the results of the ballot box that had taken place 12 months before, and the suppression of the Muslim Brotherhood – without at the same time providing a fuller analysis of the events – no less touching on legitimacy – that led up to this momentous occurrence.

It is therefore, I feel, worth providing some clarification. I will start by discussing what happened in Egypt on 30 June 2013, and by posing a simple question: Did the coming out of more than three million Egyptians onto the squares and streets of many Egyptian cities constitute a ‘revolution’ or something else? The term ‘revolution’ is generally employed when a very large number of the people adopt practical standpoints brought about by a change or a series of large-scale changes in what is happening on the ground. And this is precisely the point: on June 30th 2013 more than half the number of Egyptians eligible to vote and almost three times the number of those who voted for the president, and who made up the crowds calling for his dismissal on that date, had spilled onto the streets of most Egyptian towns calling for Muhammad Morsi, the Muslim Brotherhood president, to be removed from office. This manifestation of mass behaviour brought about a hugely influential event that embodied the end of the first period of rule of the Muslim Brotherhood in Egyptian history, 369 days following their accession to power.

Again one has to ask the question: If this does not constitute a ‘revolution’ then what does? Many outside Egypt are unaware that those crowds on June 30th 2013 gathered together after the Muslim Brotherhood president had refused three demands presented by the popular opposition:

1) that there should be a popular referendum to decide whether he should stay or relinquish his post;

2) that there should be early presidential elections;

3) or that he should immediately resign.

Many outside Egypt also do not know that, prior to June 30th 2013, over 22 million Egyptian signatures had been collected demanding that the Muslim Brotherhood president stand down. There are many, again outside of Egypt, who fail to conceive what would have been the implications of the following scenario: Following the refusal of three of their demands and the collection of over 20 million Egyptian signatures demanding the sacking of the Muslim Brotherhood president more than 13 million Egyptians spill out onto the squares on the streets of most of the towns Egypt on 30 June 2013 calling for the removal of Muhammad Morsi, subsequent to which the Egyptian army fails to stand side-by-side with the Egyptian crowds.

What then would have happened?

Any understanding of the way things are in Egypt and the mindset, culture, modes of behaviour and history of every Islamist political faction, would tell you that a major confrontation would have taken place in the squares and streets between peaceful citizens demanding the resignation of the Muslim Brotherhood president, and his Islamist supporters whose mentality rests upon pillars of violence. It is my conviction that, had not the Egyptian army decided upon siding with the June 30th revolution, Egyptian towns would have been scenes of massacres with supporters of the Muslim Brotherhood president murdering their opponents in nothing else but a violent confrontation between a peaceful majority and a bloodthirsty minority. The history of Islamic societies and current events now unfolding in Syria, Yemen and Libya tell us just how bloody these killers are and how little relation they have with modern humane values such as pluralism and respect for the Other, with relativism, freedom of opinion, with the systems of a modern state or the rights of women and so on.

There remains the disaster, the tragedy inherent in the viewpoint of some, that as a political party the Muslim Brotherhood is somehow capable of being subsumed into the political life of a modern society. It is, I feel, a point of view that simply reflects a woeful lack of understanding of what political Islam actually is. It also reflects another misconception – the belief held by some that there exist factions and strategic differences between the various currents of political Islam. Anyone carrying out a deep study of the political history of Islamic societies or anyone familiar with the culture of the currents of political Islam can only come to two crystal-clear conclusions: firstly, that the multiple currents of political Islam are merely branches and leaves of a tree whose trunk is formed of a single mindset, one that is embodied by the Muslim Brotherhood; secondly, that the strategic goals of each and every trend of political Islam are in fact one and the same: the dismantling of the modern state system and its replacement with the system of an Islamic caliphate, something which ‘Alī ‘Abd al-Rāziq, in his book Islam and the Foundations of Governance (1925)[1], established was nothing more than a mere fantasy.

How can there be a political system in the absence of a system for the rotation of power and the absence of the mechanisms of government? As history tells us, the methods adopted by the first four rulers known as the Orthodox caliphs differed widely from each other, while the chosen ruling system in the Umayyad and Abbasid states was one of outright dynastic kingship. Every ruler during the eras of the first four caliphs and the Umayyad and ‘Abbasid princes ruled in a different way and, in fact, without any clear underlying system. No conscientious researcher into the political history of Islamic societies or the culture of contemporary currents of political Islam can honestly say that any single one of these trends, were they to accede to power, would preserve the framework and foundations of the modern state. We need only cast an eye over the history of the first, second and third Saudi states, the Taleban state in Afghanistan, the Islamic Courts Union in Somalia, the areas have come under the influence and hegemony of Boko Haram in Nigeria, and the reality of regions under the control of Islamists in Iraq, Syria, Yemen and Libya to understand how egregious the contradiction is between any state directed by believers in political Islam and modern systems of state, law, human rights, and the rights of women.

It is therefore pointless for us to give any credence to claims made by (for example) the Muslim Brotherhood to believe in the systems of the modern state, its constitutional rules, modern legality and the rights of man simply on the grounds of their say so. It would also be spectacularly futile to believe that the Muslim Brotherhood (for example) have eschewed violence or the killing and assassination of their rivals simply because they say as much. Since the assassination of the Egyptian Prime Minister in 1945 and 1948, and dozens of other subsequent assassinations – most notably the assassination of President Sadat on October 6th 1981 and the assassinations perpetrated by the Brotherhood today in Egypt – their own history and the unfolding facts on the ground demonstrate that the Muslim Brotherhood have not forsaken violence and murder but rather have bequeathed this to the currents that are spawned from them. There can be no doubt that Al Qaeda and Hamas, for example, are really two scions of the mentality and attitudes espoused by the Muslim Brotherhood. There is also no doubt that ISIL and the Jabhat al-Nusra in Syria and Iraq are two outgrowths of the Wahhabism that have slipped the leash of Wahhabism’s alliance with the Āl Saʽūd in Saudi Arabia.

[1] Alī ‘Abd al-Rāziq (1888-1966) argued in his work Islam and the Foundations of Government, that Islam is a religion but not a state, and that Muhammad’s role was one of ‘communicator’, rather than sovereign. He noted that Islam does not advocate a specific form of government and that Muslims may therefore agree on any system of government, religious or worldly, so long as it serves the interest and common welfare of their society.  The context of his comments was the increasing voice, following the abolition of the Ottoman Caliphate two years earlier, calling for the reinstating of an Arab-speaking caliph, arguing that the office had historically been claimed for political rather than religious ends (Ed.)