Why Has Egypt Imprisoned Children for Mocking ISIS?

Why Has Egypt Imprisoned Children for Mocking ISIS?

Human Rights Watch has called on Egypt to reverse prison sentences against four Christian children and their teacher for a video that mocked ISIS. 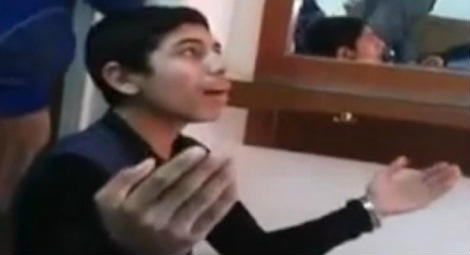 Human Rights Watch has issued a call to Egypt to reverse blasphemy sentences against four minors and their teacher who made a video mocking the Islamic State.

The children, aged 16 and 17, produced a 32-second video in which they carried out a mock ISIS beheading filmed by their teacher. Three were sentenced to five years in prison each, while the fourth was placed in a juvenile detention facility. The teacher was sentenced to three years.

Their crime was imitating Islamic prayer and a beheading. They filmed the clip while on a trip in February 2015, shortly after the Islamic State in Libya filmed the brutal execution of at least 21 Egyptian Christians.

20 of those killed were from Minya, the same governate in Egypt as the children.

Yet they were arrested in April and there were even protest attacks against Christian owned businesses.

“These children shouldn’t face prison for expressing themselves, even with an immature joke,” said Nadim Houry, the deputy Middle East director of Human Rights Watch. “The continued prosecution of blasphemy cases in Egypt goes against the government’s claim to be promoting a more inclusive vision of religion.”

The children, who were illegally detained alongside adults, were tried under article 98 of Egypt’s penal code, which outlaws contempt of religion.

Human Rights Watch called on Egypt both to release the children without delay and to repeal article 98.

“Instead of giving in to retrograde views on blasphemy,” Houry said, “Egyptian authorities should protect freedom of expression.”

Egypt also sacked its Justice Minister Ahmed al-Zind on Friday after he said he would arrest the Muslim prophet Muhammed himself if he was caught breaking the law. Although he immediately apologized for the remarks, he was fired rapidly.